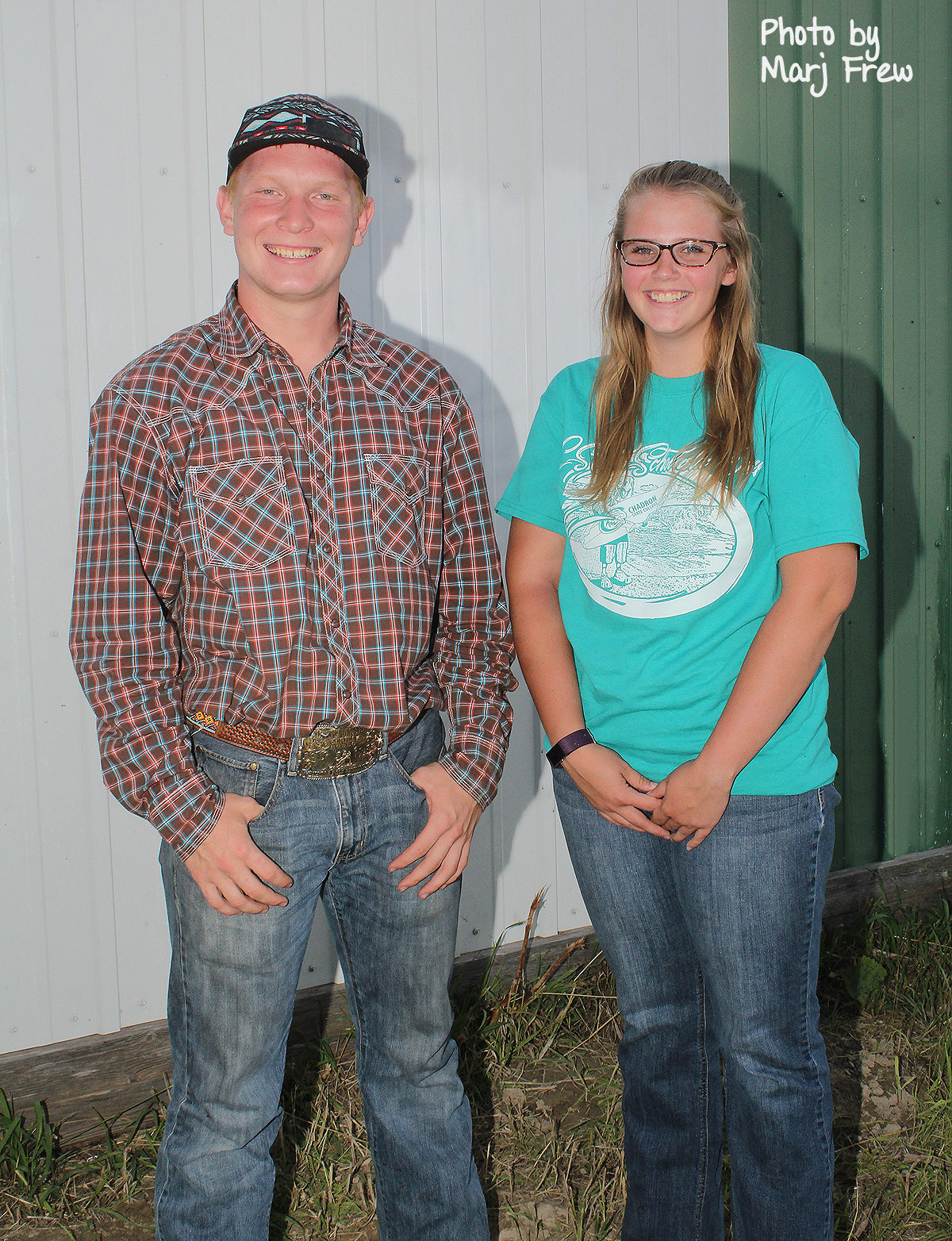 “It was interesting to see how much alike people are, and also how different some things are,” observed McDonnell. The Pair joined other representatives from South Dakota for a bus trip to Washington, where they were joined by youth from every state.

The two youth visited with me about their adventure in Washington while we were at the Bennett County Fair.

Mayson explained some of the things the entire group got to see, “The  Washington Monument, the Lincoln Memorial, and all that stuff, which was really cool. It was really pretty.”

Katie added, “We saw the Capitol Building, and we got to tour and talk to John Thune, Mike Rounds, and Dusty Johnson.”

According to Mayson, “I’d say one of the highlights of the trip was going through the Holocaust Museum. It was a real humbling experience. It’s really sad. There was no talking, not because there were signs up, but just out of respect.”

Katie was impressed with their attendance of Twilight Tattoo, a military pageant at an army base, because they had horses and it smelled like home.

When the pair started the bus trip, they didn’t know anyone else. Katie recognized one girl from camp, and spent time getting reacquainted on the trip.

When the trip was over, they reported knowing “everyone from South Dakota! I knew everyone from Oklahoma.” Well, maybe not everyone!

Other states the pair listed were Iowa, Ohio, Wisconsin, Kansas. “The bus held the South Dakota people, but when you get there you get into groups with different people,” explained Katie. “The group stayed at the National 4-H Convention Center in Washington, D.C. It was like a big college campus.”

Mayson added, “I learned that DC roads are confusing, and that buses can race down the road.”

Katie continued, “Education wise, I learned a lot, but it’s hard to put it into one thing. It isn’t anything you would read out of a textbook, it’s what you learn by experience.”

The bus ride was quite long. Katie said on the trip to Washington she was awake for 33 hours. “I didn’t sleep at all. Mayson slept most of the way.”

According to Katie, “On the way back, it was really fun because we all spent so much time together. It felt like you were leaving your best friends, so it was sad saying goodbye.”

They both agreed that “Everyone should go on the trip. It’s a life changing experience.”