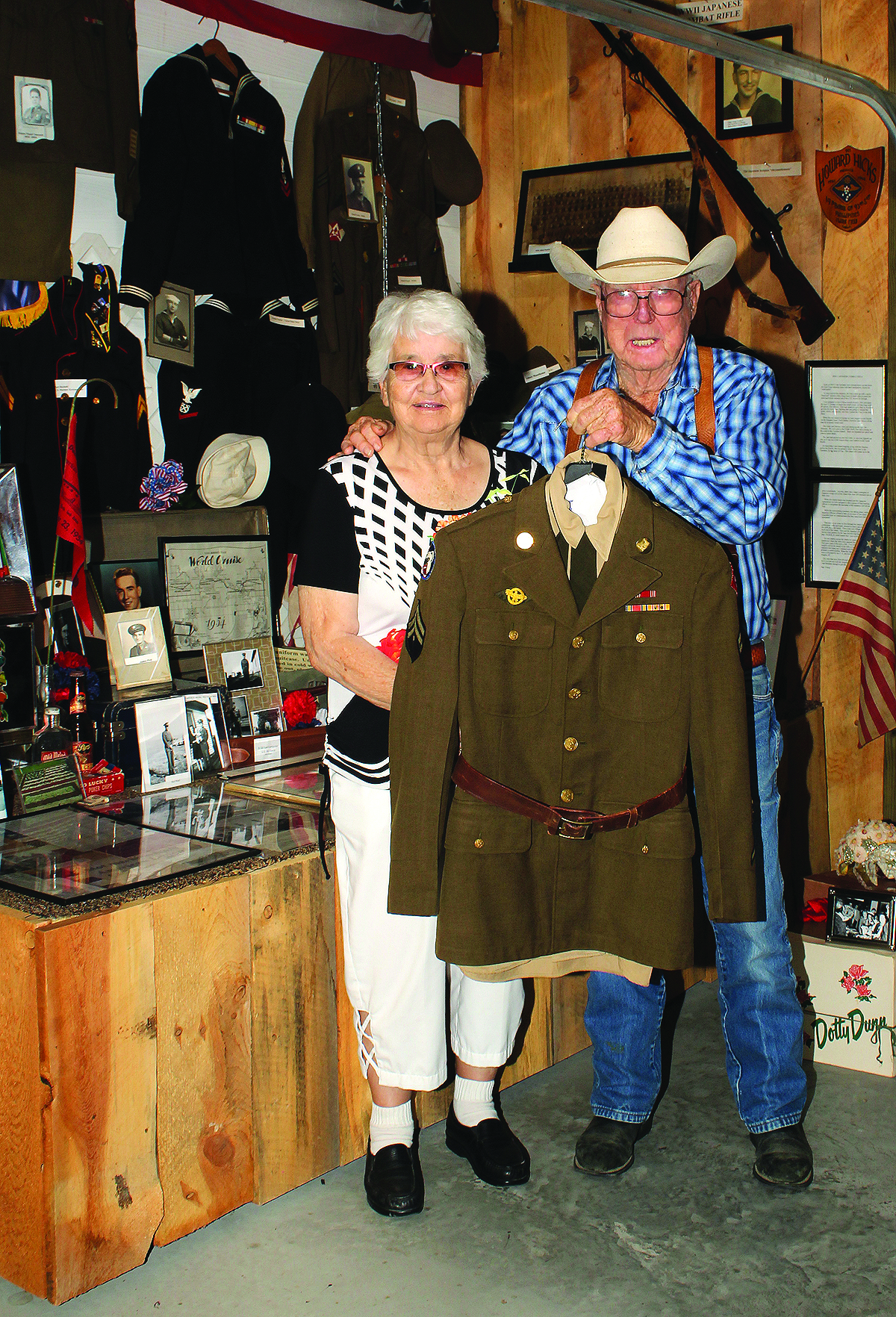 Linn and Doreen McCoy reminisce on 66 years of marriage

The couple has been married 66 years, with their anniversary being March 21, 1953. Linn and Miss Doreen Blare were married at the Edgemont Congregational Church. They knew each other for most of their lives, both having lived in Bennett County. They became a couple when Linn was working at the now abandoned Igloo Ammunition Depot in the Black Hills.

Linn told the story of how they came to be married. “My brother married her sister quite a few years before. We’ve known each other all our lives.”

“My brother, Grant McCoy, worked up there, at Igloo. I didn’t really have a home, so I stayed up there. She was babysitting for them. She chased around and got me!” The memory brought a smile and laugh from both Linn and Doreen.

According to the Bennett County Booster archives, “Miss Doreen Blare, daughter of Mrs. Van Simmons and Carel Blare, became the bride of Linn McCoy, son of Mrs. Mary McCoy, in a single ring ceremony on Saturday afternoon, Mar 21, 1953. For her wedding the bride was dressed in a navy blue satin street length dress with white accessories and carried a  white Bible. The groom wore a gray striped suit.”

About a year later, the young couple moved back to their home area near Martin. “The guy that was the boss on the State talked me into working on the highway for 95 cents an hour. 60 hours a week. 10 hour days. I worked there 37 years. They start with higher wages now than what I got when I quit!” observed Linn.