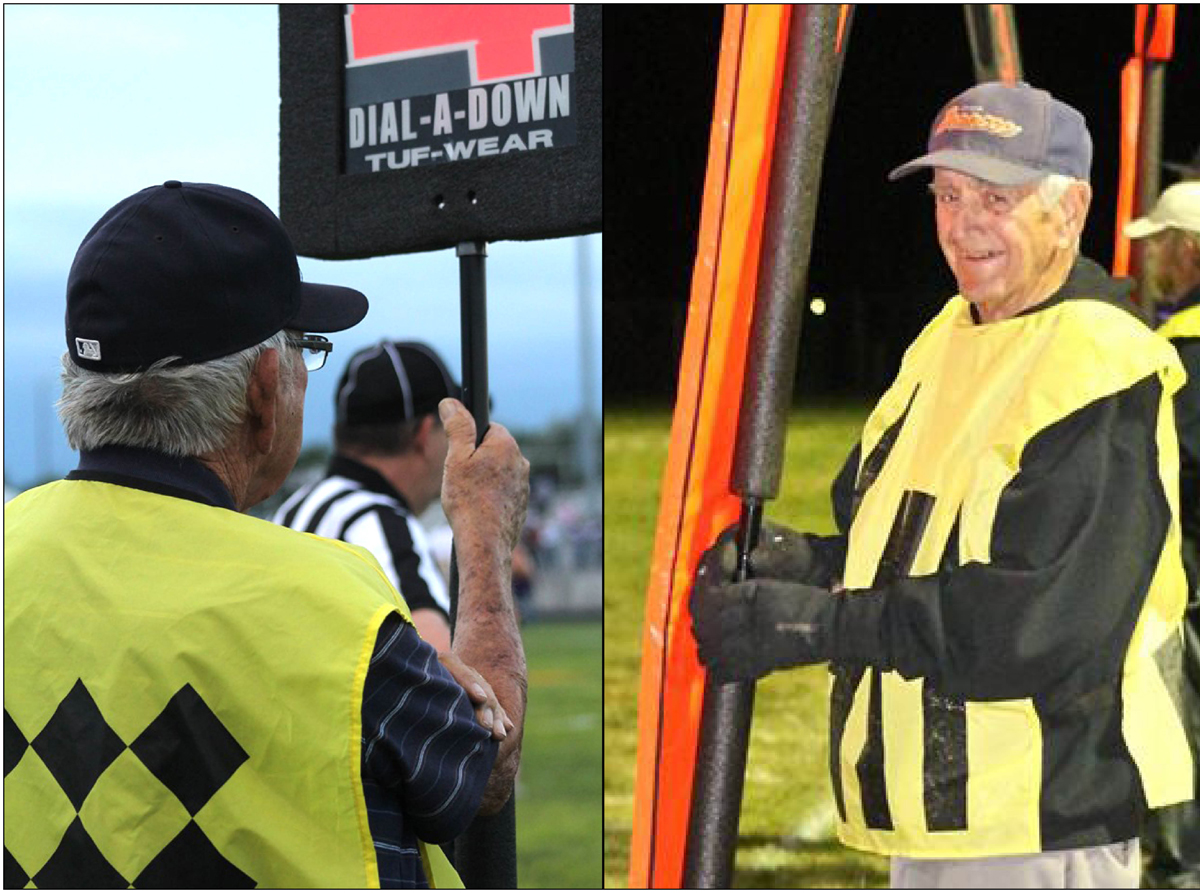 It was the late 1950s. Young Bob Claussen had been out of high school for a short time, when he started taking videos of the Bennett County High School football games with his 8 millimeter movie camera. According to Bob, “The film never did turn out and you couldn’t see anything. Shortly after that I started on the chain gang. I think it was about 1961.”

Thus began the career of one of two legends on the Bennett County High School football team’s chain gang. According to Bob, he only missed three games in his entire career. I had the privilege of visiting with Bob and Dick Bair at Bob’s dining room table this weekend.

Thinking back that far is sometimes a challenge to determine an exact date, but the September 8, 1961, edition of the Booster showed Bennett County’s first home game with a 27-0 victory over Todd County.

At this time, Bob worked the chains along with his brother Lloyd. When Lloyd retired from the sidelines, Bob looked to his friend, Dick Bair, to step up to the job, in about 1968 or ‘69.

The Beginning of an Era

The two friends and neighbors spent the next fifty plus years tracking the movement and growth of the Bennett County Warriors’ football team from the viewpoint of the chain gang.

We may not have the exact dates, but according to the September 18, 1969, edition of the Booster, in the second game of season their season, Coach Dale Brooks had the home field advantage as the Warriors faced the Cheyenne-Eagle Butte Braves, winning 20-6.

Bob Claussen grew up in Martin, and played all the sports available to him. He and his future wife, Shirley Jackson, were Homecoming King and Queen in 1954. During the Homecoming football game, Bob was injured with a broken neck. “I lost quite a bit of time,” he remembered.