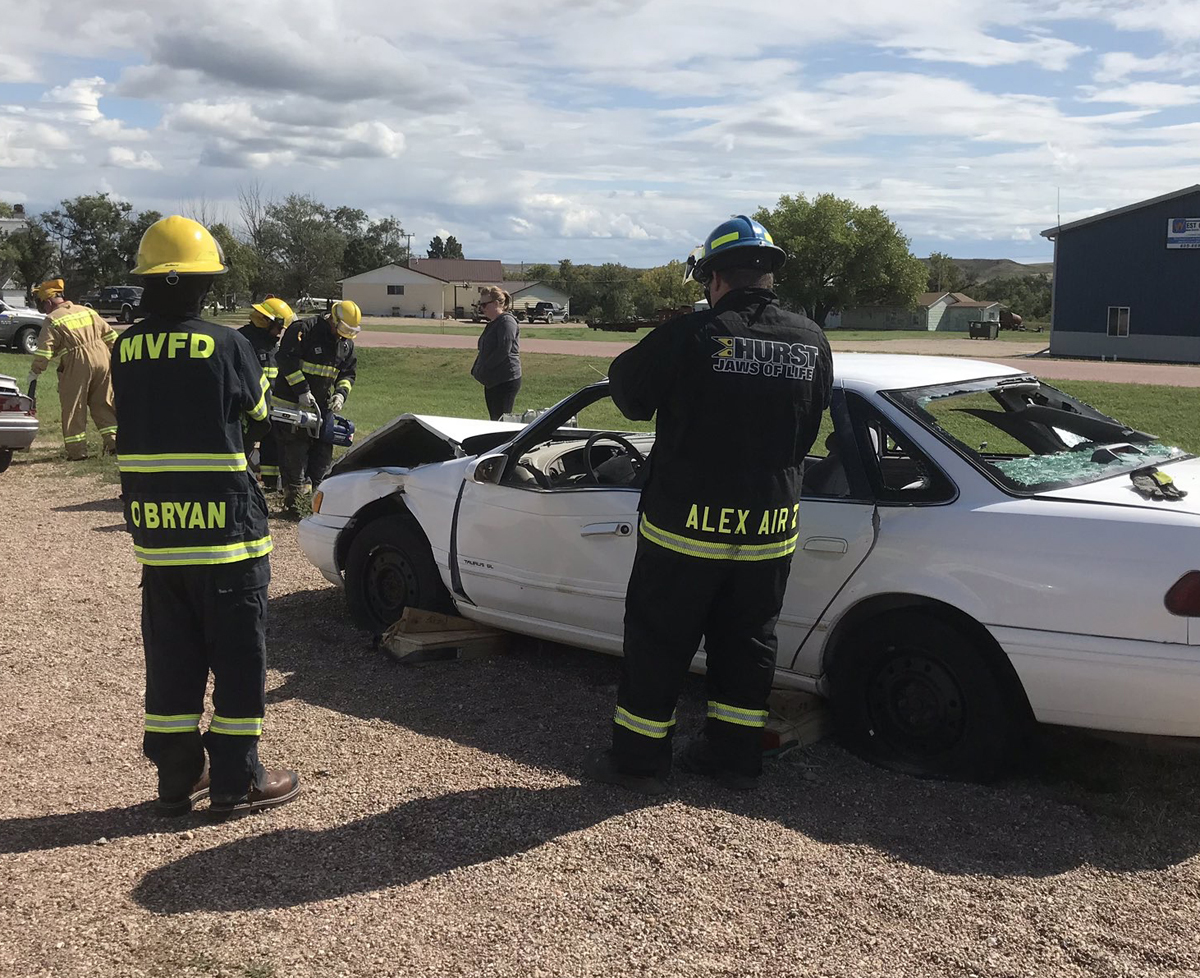 Skills reviewed included the basics of vehicle extrication, through classroom work, and hands on training. It was reported that Cole O’Bryan loaned his coat to another person at the training, so she could try using the jaws of life to cut the vehicle.

An introduction to firefighter Rapid Intervention Team/Crew training was designed “to give the firefighter the confidence to successfully deal with situations that may be encountered in a fire situation,” according to the training flyer.

Stress First Aid was another class available. This was designed specifically to support firefighters and rescue personnel after a stress reaction.

The final class was Courage to be Safe. It was a presentation by the National Fallen Firefighters Foundation, designed to change the culture of accepting the loss of firefighters as a normal occurrence.

We don’t know if this O’Bryan coat is actually one of our firemen, or the person who it was loaned to for training on the jaws of life to cut this vehicle. Nobody from the fire department would admit their identity.