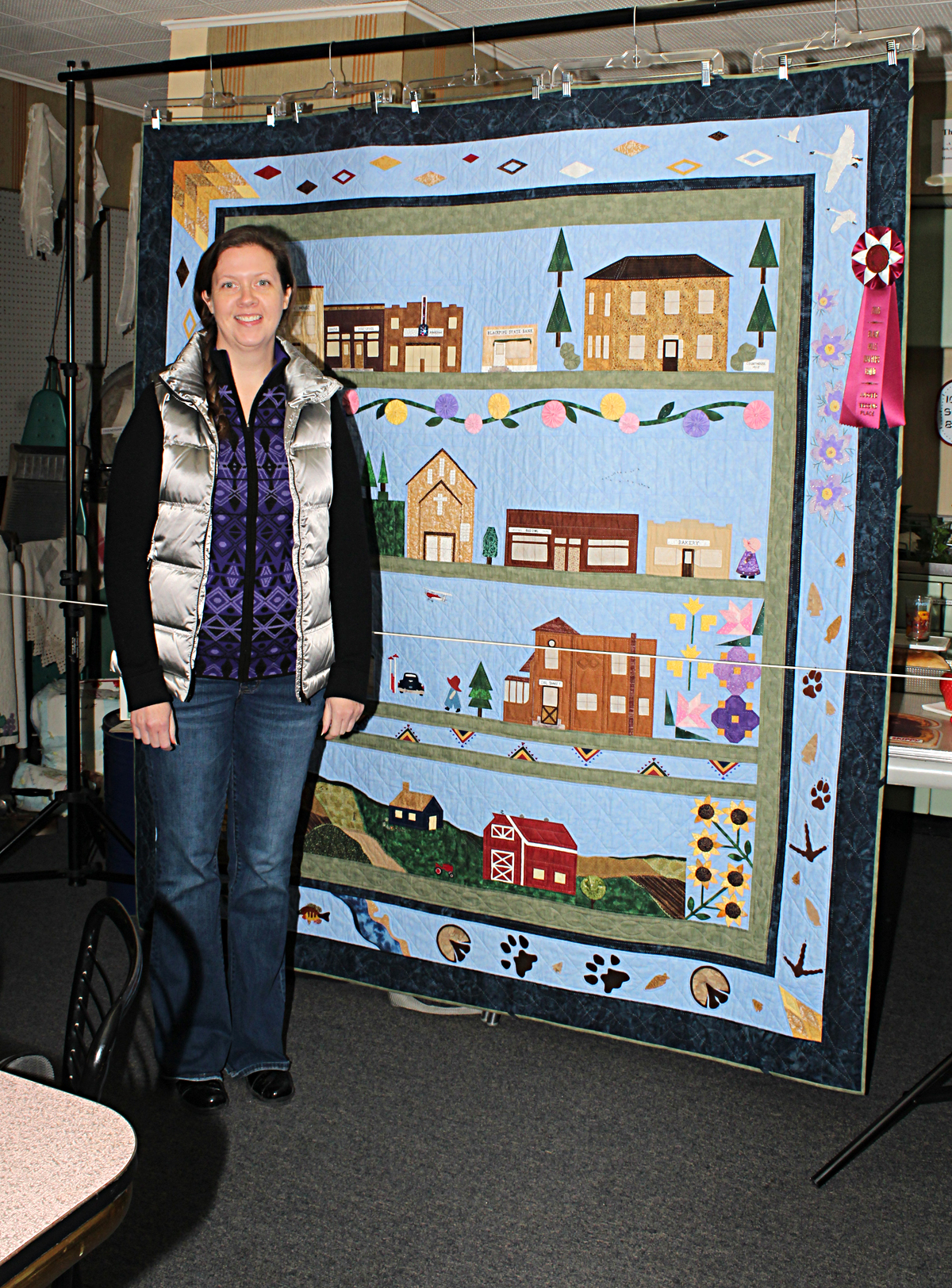 “It is a Centennial Quilt, but life gets away from a person. I started it back in 2009, for the centennial, but I didn’t get it done in time.” Ten years later Jessica Jager has completed her centennial quilt this spring. The quilt and its story was featured at the year-end event at the Martin Community Heritage Center on Sunday, October 13.

Jessica told the story behind each part of her quilt, which features local buildings and scenes depicted with various quilting techniques of applique, beading, and three-dimensional sewing.

The quilt won second place this spring in the hand quilted division at the Black Hills Quilters Guild Show, held in Rapid City.

Working in small sections with a hoop, she completed the hand quilting in small pieces of time as she was able. The time was well-spent, as the quilt is a beautiful historical masterpiece.