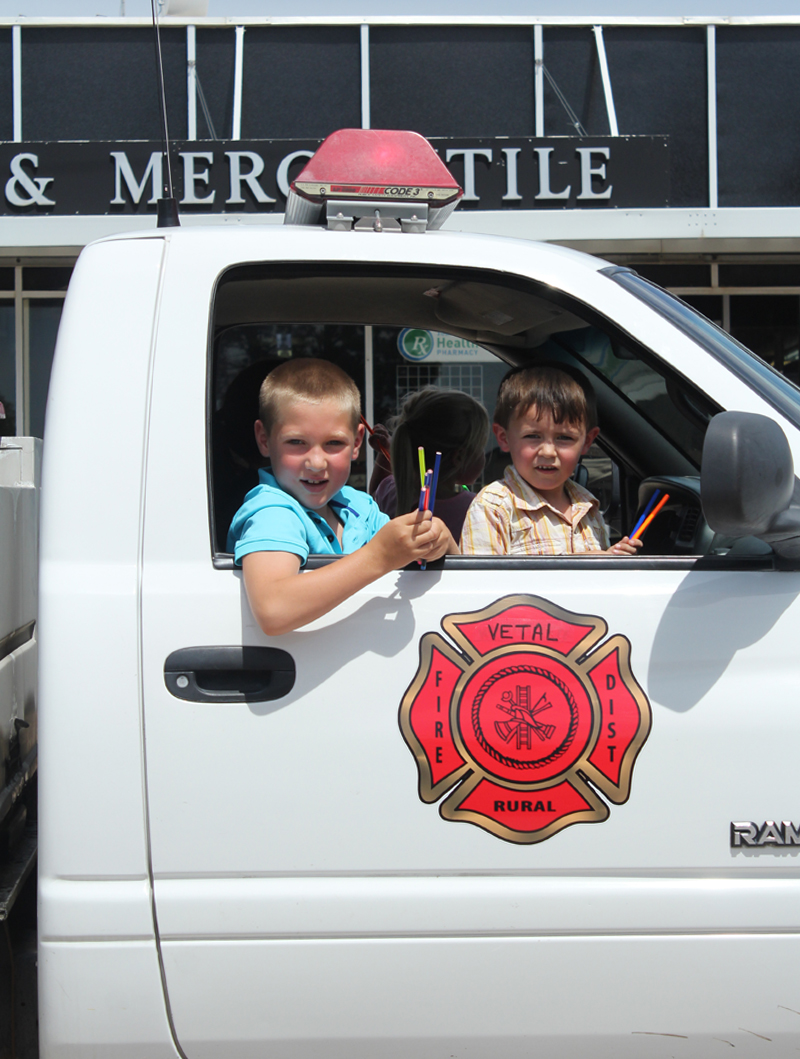 In honor of October being Fire Prevention Month, we are acknowledging our local fire departments. The Vetal Fire Department was developed in the summer of 1960, according to the Bennett County history book.*

It began with acquiring a 100-gallon Jeep fire truck, if the community could build a shelter for it. Wendell Johnson and Jerry Donovan contacted people in the Vetal and Harrington areas, and with Wendell Johnson being elected as the first fire chief, the department was born.

Cecil Fanning donated land for a one-room cement block structure to house the truck, and Everett Hunt served as the maintenance man for the upkeep of the department’s trucks.

The Jeep was upgraded in 1963 to a new 3/4 ton truck, and in 1970 an additional room was added to the department’s building. Other vehicles were added to the fleet, and the Vetal Tip Top 4-H Club worked to have toilets put on the north of the fire hall. Current Fire Chief Blu Donovan reports that the 1963 truck is still in use with only 12,000 miles on it.

The next big move for the Vetal Fire Department came in 2011, when the Bennett County School donated the unused Riverside School building to the department.

The Bennett County Booster reported on May 18, 2011, “The Vetal Volunteer Fire Department is the new owner of the Riverside School building and property, following a quick claim deed and certificate of real estate value on the school. The action was taken at the Monday, May 16, regular school board meeting with all board members voting in favor of the transfer.”

The transfer was noted as a win-win situation, as it would serve the community of Vetal, and remain being maintained. That has proven to be true, as the department has put the building to good use for its meetings, fund-raising smokers, and also as a voting location.