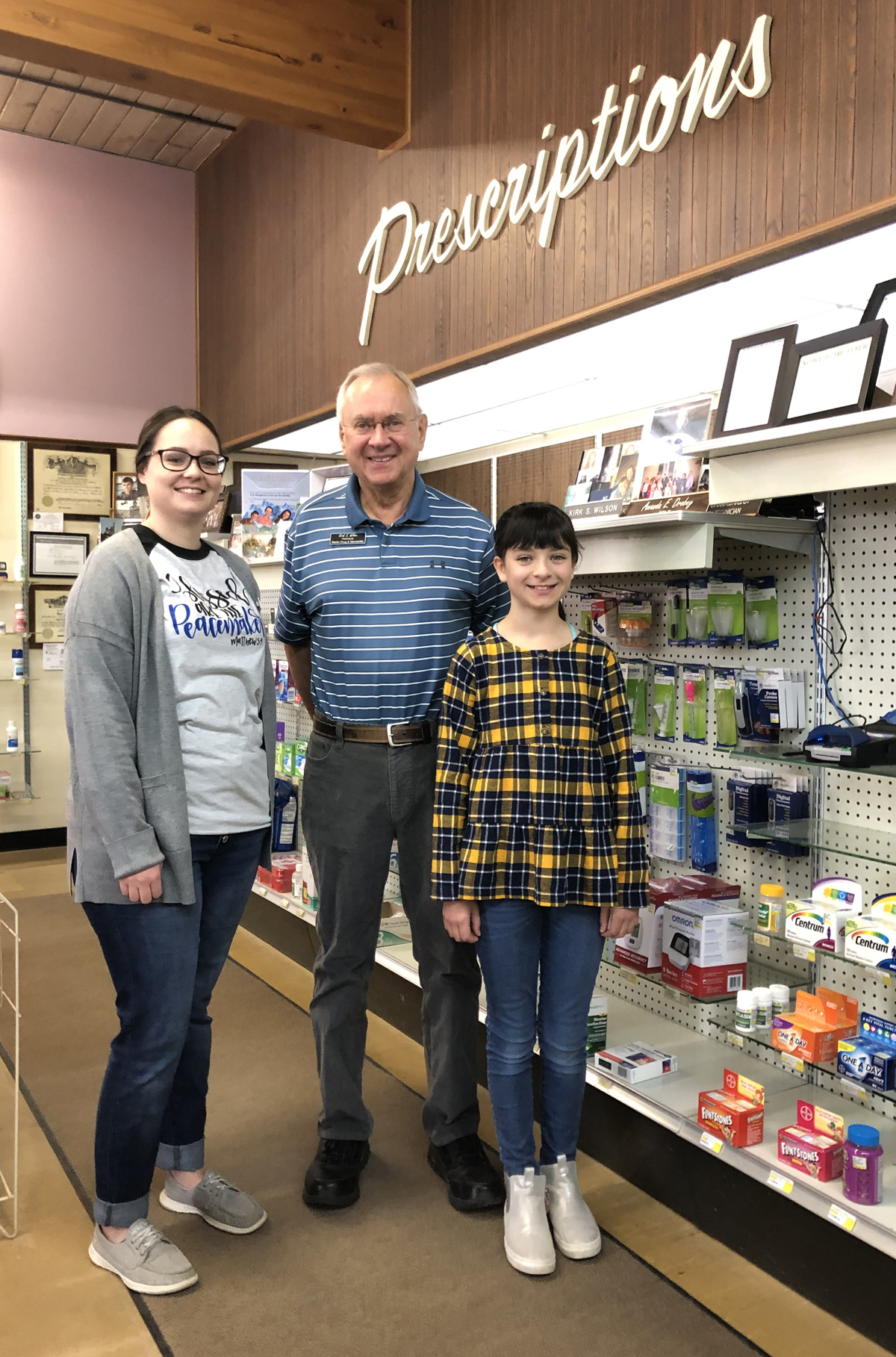 Beginning his career fresh out of college in 1966, Kirk Wilson began working as a pharmacist at St. Luke’s Methodist Hospital, in Cedar Rapids, Iowa.

When Kirk and his wife, Joyce, moved back to Martin in 1968, he was employed as the pharmacist at Martin Drug, which was then owned by Dave and Marge Jones.

Kirk was from Newell, and Joyce was from Martin, so moving back home after attending South Dakota State University was only natural.

The Wilson’s bought Martin Drug in 1980, and in 1988 moved to their current location, becoming Martin Drug and Mercantile.

Kirk explained that the biggest change for the business, not surprisingly, has been the development of technology.

“When I came to Martin, I  started practicing pharmacy here with an Abbott counting tray, an Eli Lilly spatula, and a Smith Corona manual typewriter. That was it. Hand held calculators hadn’t even come to the forefront. I eventually bought one for $89. That was my first entry in to the technology field.”

“As technology became available, we always embraced it because it was fascinating. I was one of the first small businesses in Martin that was computerized. We computerized the pharmacy in 1982. Then, we added the accounting software in 1983. The first computer I had was an old IBM. It had a 10mb hard drive. It was a real dinosaur! It’s not like now, where the electronic communications that went along with the pharmacy software came into being.”