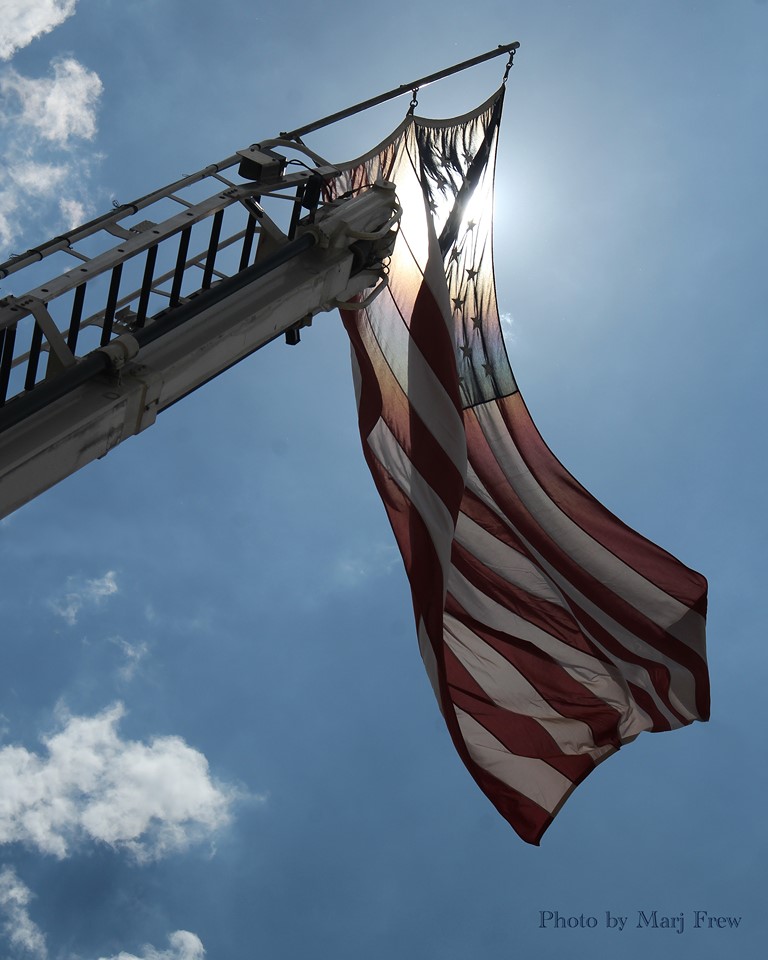 File Photo by Tim Huether, December, 2003. In 2003 Santa rode in the Parade of Lights, driving the same truck he, (Louie Nollett,) drove home to Martin when it was purchased from the Crawford, Nebraska department. Kirk Wilson currently owns the truck. He reports it must have been quite a challenge to drive it that far, as it has no power steering. Santa’s passenger was Todd Alexander.

In honor of October being Fire Prevention Month, we are acknowledging our local fire departments. According to the Bennett County history book, the Martin Volunteer Fire Department was organized in 1929, or 1930, with C. W. Darbyshire as fire chief.

Originally, the classic bucket brigade was utilized by using water from the windmills in three sections of Martin.

Following a fire at Cecil Burd’s electric plant in 1931, a small building for a fire station was added to his new building.

The period’s basic technology of soda acid and carbon tetrachloride extinguishers were used. Early on, in 1931, a soda acid chemical tank on a two-wheeled hand cart was purchased. “Old timers tell of a humorous incident when a wheel broke on the way to a fire and the men ran over Floyd Young.” I wonder if Floyd found it to be humorous!

The present fire station was previously a blacksmith shop which was bought for $600. A short time later, in 1936, the department officially incorporated with a charter issued on February 5, 1937.

Booster archives from 1937 had a few news articles which seemed interesting today. One was a notice to the public that people who are not on the fire department are discouraged from riding on the firetruck to get to a fire... especially children!