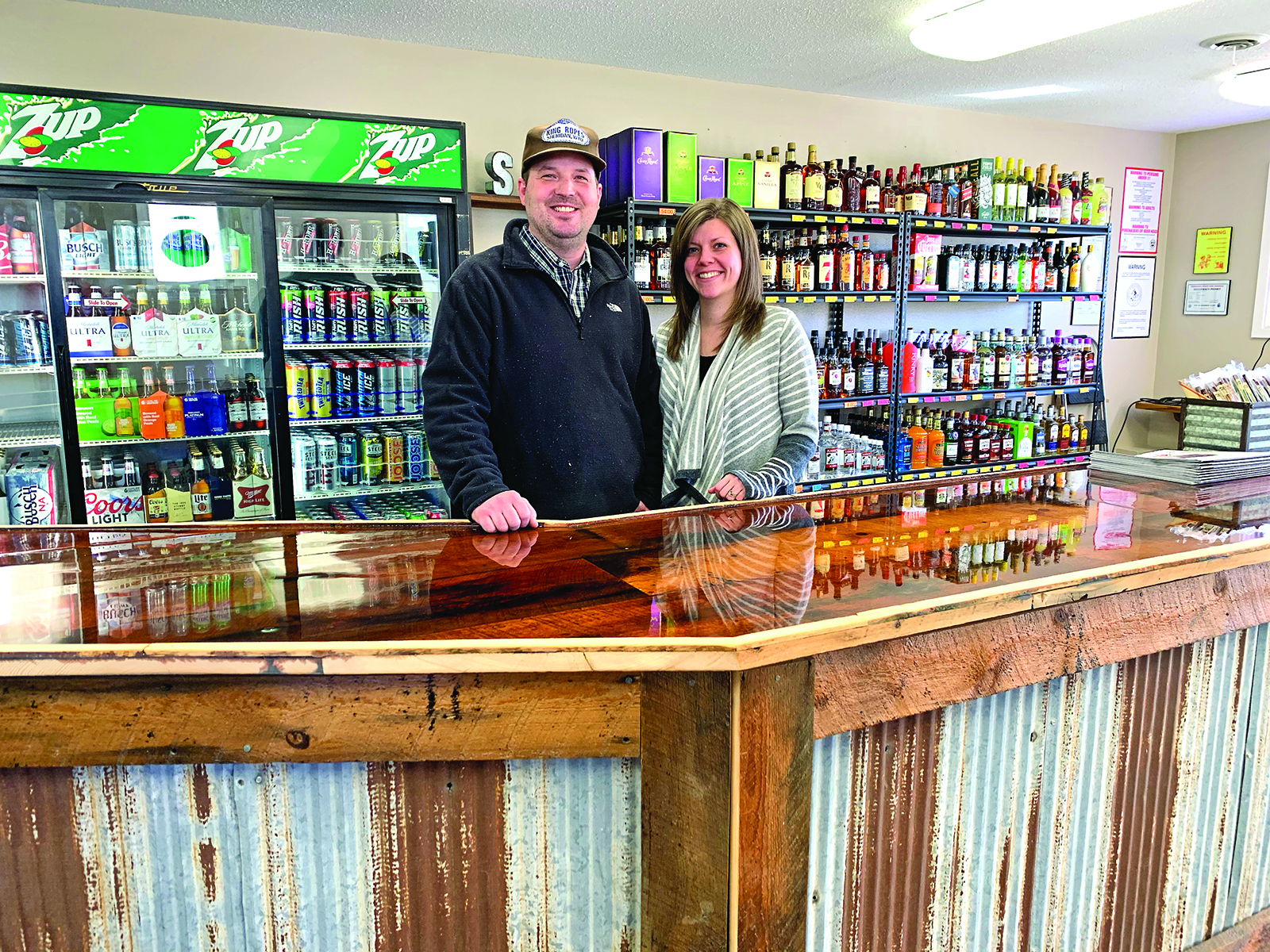 A new business has come to Gordon’s Main Street. Sidetracks, a new liquor store on the south end of Gordon’s downtown business district, officially opened their doors January 13, 2020. The store is owned by Jordan and Amanda Strain and Ward Wacker of Gordon.

The Strains, who grew up in Martin, were looking to return to a small town after several years living in Rapid City. Wacker, who is married to Amanda’s mother, pitched the idea of opening the store and the Strains were in. They decided to purchase the building at 100 South Main Street, which has recently been home to PT West and the Gordon Chamber of Commerce.

Several renovations have been done, including a custom-built walk-in cooler and a new countertop made from old barn wood and tin. The store features a wide variety of beers, liquors, wines and other drinks.

The store also sells snacks, pop, tobacco products, and lottery tickets, as well as the Sheridan County Journal Star. The business is looking to expand their snack offerings in the near future, including plans of adding a fountain pop machine and coffee pot.

Sidetracks is open Monday through Thursday from 7 a.m. to 10 p.m., and Friday and Saturday from 7 a.m. to 11 p.m. You can also follow them on Facebook to see what they have going on and keep on top of all the new products they bring in.