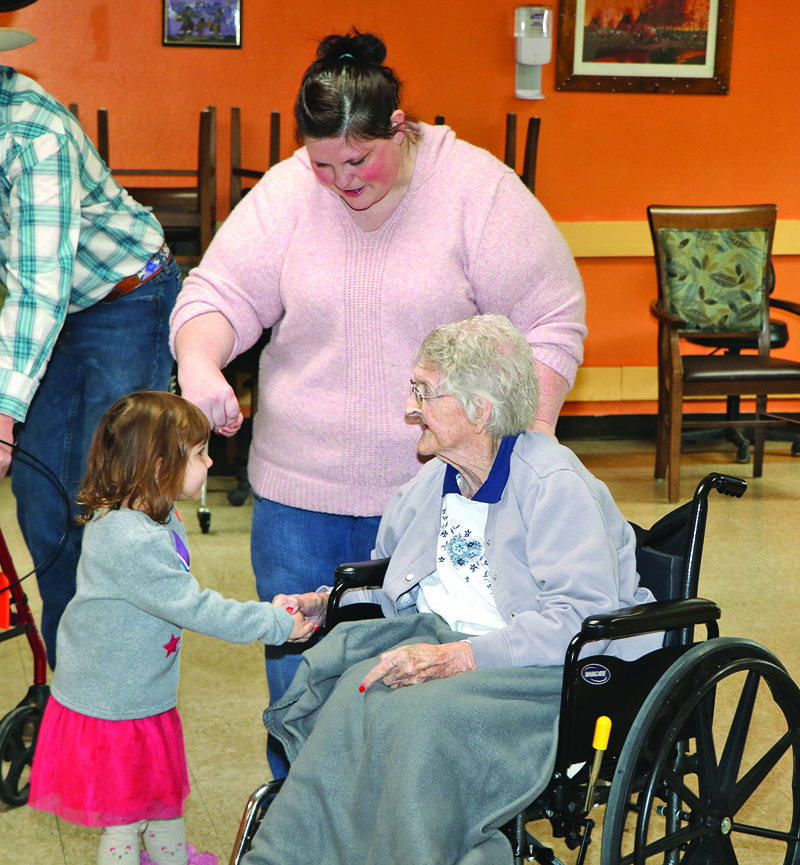 On Wednesday, February 12, the Bennett County Nursing Home hosted a Resident Sweetheart Dance. According to Tonya Gilmore, Occupational Therapist, the dance went very well and was well attended by residents. Community members Dan Hines, “Dan, Dan the Jitter Bug Man,” Irene Saunders, Brad Pisha, and Gwen Ward attended the dance also. Gilmore added that, “We had some community members who were hoping to come but the bad weather prevented their travel.”

Roughly half of the 36 residents came to the dance. Gilmore said a few others had planned to come but were ill. The play list for the dance was developed by the residents and was based on their requests. The next dance will feature more Chuck Berry hits in addition to the other requests.

Gilmore stated that, “All activities we had this week were driven by resident ideas including the snack and punch at the Sweetheart Dance and the prime rib and strawberry shortcake dinner that was served on Friday.”

On Friday, February 14, the King and Queen of Hearts were randomly drawn. Gerald Goetzinger read the King’s name out loud and Donna Matteson read the Queen’s name.

Georgia Daughters was named queen and Douglas Poor Bear was king. Each nursing home resident, along with the hospital patients received a Valentine’s day box and a rose.