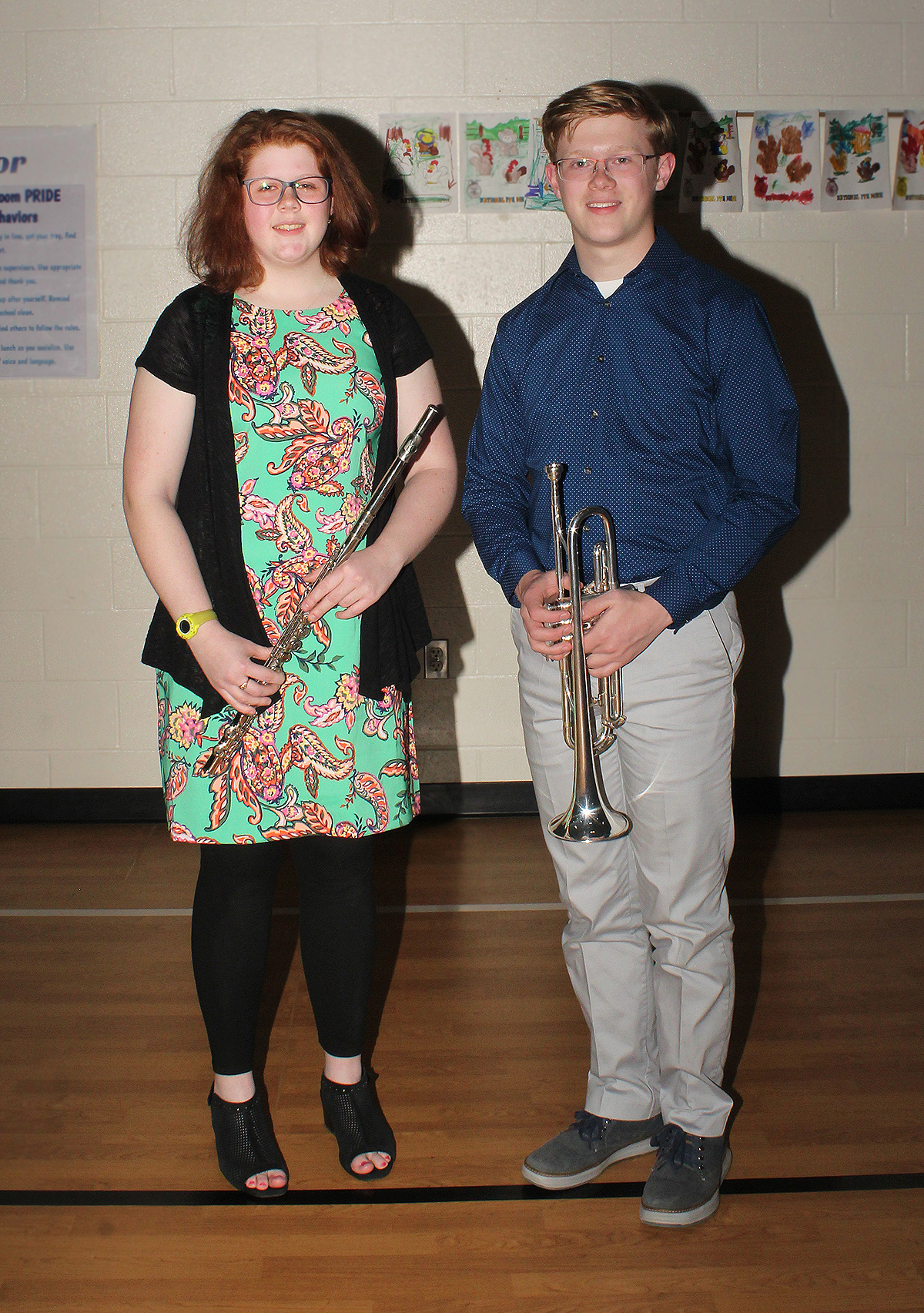 The Bennett County eighth through twelfth grade band choir held their Spring Concert on Thursday, March 12. The theme was based on the March is Music in Our Schools Month motto, Music Changes Lives.

Gage Jager opened the evening performance with the trumpet solo, “The Technician,” which he recently performed at District Music Contest.

The band entertained the audience with ”Celebration Overture,” “The Water is Wide,” and “Oxford Pointe.”

Grace Jager serenaded the guests with her flute solo, “Bergamask,” which was her District Music Contest solo.

Cordilia Ainslie, Sara Fuchs, Tegyn Kolb, and Angela Clifford were a featured quartet to open the choir portion of the show, in a beautiful introduction to “One Candle.” The choir also performed “Riversong,” and “Sing With Jubilation.”

The groups were directed by instructor Jill Bolzer and accompanied by Anne Lyon.