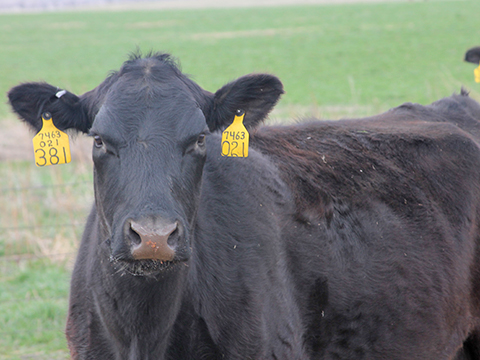 “Beef, It’s What’s For Dinner,” was a popular slogan for television commercials in the 1990s. The combination of the jingle, slogan, deep voice over hot, sizzling beef being enjoyed by happy families were the perfect elements of a successful campaign.

Regardless of your dietary preferences, May is designated as National Beef month.

If you are a connoisseur of meat, chances are you enjoy a good steak or gooey hamburger with all the condiments and toppings. Not to mention all the other choice cuts of meat that beef teases our taste buds with.

Diets vary among American people. We all have our individual tastes, quirks and habits. Basically our diets are categorized as either Western or prudent. Western diets include red meats, fatty foods, sweets, potatoes and gravy. Prudent diets include large amounts of fish, poultry, cruciferous veggies. If you eat a prudent diet, you tend to skimp on fatty, calorie-rich foods such as red meats, eggs and sweets.

Whatever your dietary preferences are, there remains to be some controversy over those who are omnivores versus those who are vegan. With the obesity epidemic exploding over the past 20 years, the health benefits of each diet are being analyzed.

Vegans tend to excel in maintaining a lower body mass, lower cholesterol as well as blood glucose levels. They also have lower risks of heart disease and rank 15% lower in the risk of getting cancer than those on a Western diet. Since 60% of people eating Vegan diets are B-12 deficient, nutritionists question if they are getting adequate levels of vitamins and minerals.

Researchers and health experts have spent years debating the pros and cons of a Western diet. Thus far, the jury is still out. Red meat provides us with nutrients such as iron, Vitamin B-12, zinc and protein which are necessary to remain healthy.

In 2016, the US laid claim to being the largest fed-cattle industry in the world with 25.2 billion pounds being produced. High quality, grain-fed beef is produced for domestic and export use. That same year, we also topped the ranks with 6.343 billion pounds of beef being exported. This makes the US the largest producer, largest consumer, largest importer and third largest exporter of beef in the world.

Statistics show that as of the 2017 agricultural census, Bennett County had 142 cattle farms. This number declined from the 2012 census which indicated there were 149 cattle farms.*

Mike Goetzinger, serving 30 years as the County Executive Director of the Bennett County–Oglala Lakota FSA office, stated that, “If someone would have told me 30 years ago that the number of operators would go down to what it is today, I never would have believed it.” He went on to say that family farms are not as prevalent today as in years past. Unfortunately, this creates problems with trying to make ends meet. Many farmers/ranchers are being forced to take on multiple jobs just to maintain their operations.

Kevin Hodson, Martin beef producer, goes to market two or three times a year and he typically does not sell in May. “Prices are down, wholesale prices are at a record high,” he said. According to Kevin, beef processing is sitting at 60% of the normal volume. Beef producers would like to think this is because of the global pandemic. “I personally haven’t experienced anything different than any other year. Calving, branding and rotating pastures seem to be going along as usual,” he stated.

Beef production is an industry, along with many American industries facing its fair share of dilemmas. A May 7, 2020 report  on current packer’s profit revealed that they were getting $2300 a head on one carcass. Four packers, currently control 85% of the industry, so it seems inevitable that this scenario was likely bound to happen. Is there actually a shortage of beef or are the four major monopolies dictating the market? When trying to purchase meat products and finding limited cuts available, as consumers, we should be asking ourselves that very question. Ranchers have been concerned and warning about this very scenario happening for the past 30 years.

In America, beef production is an industry that has been perfected through the years and one we can be proud to say ranks at the top by providing a quality food source for people all over the world.

For whatever reasons the month of May has been designated as National Beef Month is undetermined. Regardless of the month, in an effort to support the beef industry, when asked, “What’s for dinner?,” perhaps an appropriate reply would be, “Beef, of course!”