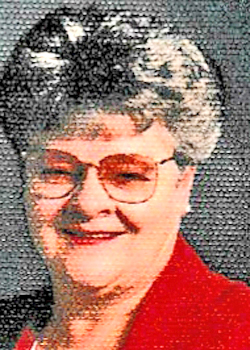 She grew up on a farm between Bement and Monticello Illinois. She went to school in Bement all from elementary to high school. Sue married Glenn Ellis Bolsen (deceased) on June 14, 1959, at the church in Bement, Illinois. Together they had six wonderful children, Christina Marie (deceased), Douglas Matthew (Jerriegh), Storm Lake, Iowa, Kenneth Michael (Tammy), Mosher, S.D., Teresa Carol Wiley (Joseph), Mason N.H., Glen Andrew (Pamela), Rapid City, S.D. and Nancey Katherine Divan (Scott), Martin, S.D. The family settled down in the surrounding area of Bement, Illinois. Carol and Glenn were divorced in 1974.

Sue remarried Richard Edward Osterbur on December 4, 1977 in Bement, Illinois. Sue gained a stepson through her marriage with Richard, Michael Dale Osterbur (Sandy), Tolono, Ill. They lived in Bement eventually moving to St. Joseph, Ill for three years. Richard and Sue packed up their family and moved to Stage Barn Canyon, west of Black Hawk, S.D. After several more moves, the two finally settled down together in Rapid Valley where her husband passed away in their home in August 2004.

She was a devoted Christian, who attended several churches in the surrounding area. She tried to live her life practicing Jesus’ teaching and showed God’s love to anyone she came across. Sue loved to bake, especially cookies and candy during the Christmas season. She enjoyed cooking, sewing, camping, fishing, traveling, canning, gardening, and nurturing her beautiful roses. She had nineteen grandchildren who she loved to spoil. Children of Michael: Eric and Adam. Children of Douglas: Shane, Kristen, Kayla, Jason, Jonniegh, Matthew, and Dakotah. Children of Kenneth: Joshua, Clinton, Alisha (deceased) and Kristina. Children of Teresa: Jamie and Johnny. Children of Andrew: Jason and Kelsey (deceased). Children of Nancey: Ashton and Lukas. Sue was blessed with thirty- two great-grandchildren and one more on the way.

Carol Sue will be laid to rest at Black Hills National cemetery with her husband Richard Osterbur on Tuesday, December 8, 2020.

Matthew 19:14 Jesus said, “Let the little children come to me and do not hinder them, for the kingdom of heaven belongs to such as these.”