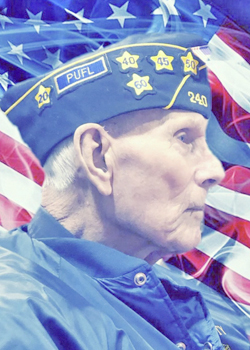 Ray grew up and worked on his parent’s farm through school. In 1946, he was drafted and served in the United States Army/Air Corps-stationed at the Aleutian Islands in Alaska and received a WWII Victory Medal.

On March 24, 1954, Ray married Mary Lou Hagler in Tuthill, S.D. They made their home in Martin. To this marriage they had three sons, Ron-Don and Stuart and one daughter, Colette.

Living through the Great Depression-World War II and the manual-hard labor of Farming he never took things for granted. A strong work ethic and his memory “taking you back in time” was something his family never tired of. Basically, his simple life was how he liked it.

His love for listening and playing music (polkas), traveling (Wyoming mountains) and visiting his kids and keeping track of his grandkids with a routine phone call comforted him.

Funeral services were held on Saturday, December 12, at 11:00 a.m. at the New American Legion in Martin. Burial will follow at the Martin Community Cemetery. Bennett County Funeral Service was in charge of arrangements.