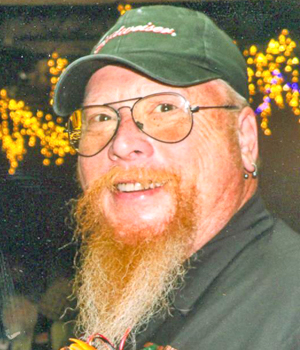 Delare Hill, 56, of Alcester, S.D. died on Monday, February 8, 2021 at the Sanford USD Medical Center in Sioux Falls. Delare R. Hill was born June 7, 1964 in Sioux Falls to Dale and Ardell (Straatmeyer) Hill. Delare grew up near Worthing, S.D. His family later moved to Madison, Neb. and Delare graduated from Madison High School. He worked as a cattle rancher near Tuthill, S.D. for 20 years. He later joined the HME Trucking Company out of Hubbard, Neb.

Delare married Jayne Bond in 1985. To this union, two children were born: Amber Marie in 1987 and Justin Delare in 1990. He was later joined in marriage to Angela Hansel on April 28, 2018. They were married in the Oak Grove Park in Hawarden, Iowa. They made their home in Alcester, S.D.

Delare was a member of the Vetal Volunteer Fire Department for many years, serving in various capacities including fire chief. He also was active in the A.B.A.T.E. of Sioux Falls, Southeast A.B.A.T.E, as well as Zenn A.B.A.T.E. Delare also served as a Guardian of the Road Diamondz Chrome Angelz Chapter. He was also a founding member of the Bennett County Motorcycle Club. Riding, building, and fixing motorcycles were his passion. Delare also enjoyed hunting, camping, firearms as well as model car building and NHRA drag racing. Most of all, he deeply loved his family and enjoyed nothing more than visiting with friends over a cold beer.

Grateful for having shared in his life are his wife, Angela Hill, Alcester; children: Amber (Monty) McMillin and Justin Hill both of Box Elder, S.D.; parents Dale and Ardell Hill, Pinedale, Wyo.; siblings: Darin (Amy) Hill, Sheridan, Wyo., and Jennifer (Kevin Ross) Hill, Lennox, as well as other relatives and a host of friends.

Burial services were held at the Worthing Cemetery, Worthing, S.D.