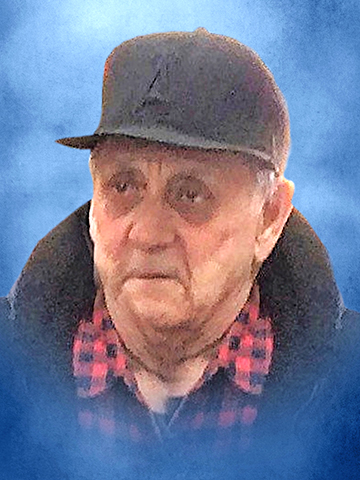 Leroy P. “Boots” Livermont was born August 26, 1940, in Pine Ridge, S.D., the oldest of eight children born to Oliver and Emma (Wiedman) Livermont. He was raised 14 miles east of Wanblee on the Alex Livermont Ranch. He attended 1st grade at Martin, and then to St. Francis Boarding Indian Mission until the 5th grade when they moved to Kadoka, where he finished his education.

At the age of 17, Boots enlisted in the U.S. Army, where he was part of the Big Red 1 stationed at Ft. Dix, and later stationed in Germany. He later was honorably discharged and moved back to the Alex Livermont Ranch. After the ranch got sold in 1968, Boots then worked for various ranches in the area. He later moved into Kadoka, where he has since resided. While in Kadoka, Boots worked for Jerry Patterson for a number of years, and also drove truck. Boots was a proud member of the National Rifle Association.

Boots was preceded in death by his parents; two sisters, Linda “Wink” Stoddard, and Charleen Grass; a brother, Alex “Bod” Livermont; a brother-in-law, Wayne Whidby; and a niece Lori Stoddard.

A visitation will held one hour prior to the memorial service at the church.

Memorial services will be held at 2:00 p.m. on Saturday, March 6, at the Presbyterian Church in Kadoka, with Pastor Gus Craven officiating. Live streaming will be provided, and the service can be viewed by going to Rush Funeral Home’s website when it begins.

Arrangements are with Rush Funeral Home of Kadoka.