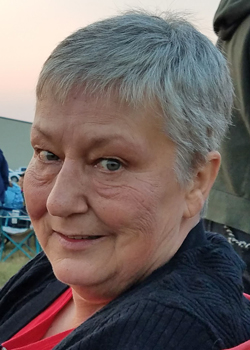 Deb worked for the United States Postal Service for 24 years retiring on March 31, 2005. After retirement, she made the move to Martin to be closer to her kids and grandchildren. During her time in Martin, Deb home schooled Brandon and Cassandra which included many fishing trips, book reports and outdoor adventures. She also spent time working with the Kool Kids Club at the Bennett County Grade School in Martin.

She was known to have some of the best Halloween and New Year’s Eve parties for her grandchildren. Each one of the grandchildren had such a special place in her heart during their individual adventures to Disneyland. She had many fond memories of Charley’s princess lunch and losing her Gameboy.

In Deb’s spare time after parenting, grandparenting and great-grand adventuring she spent her time overtaking some fear of heights by doing a hot air balloon ride in 2018. Deb was a member of Canyon Lake Activity Center where she enjoyed playing cribbage, whisk, pickleball, the buffalo round up in 2019, and volunteering at the bake sales, community store and the annual rummage sale.

She was preceded in death by her parents, Marion and Rose Edgar; and brother, Jerry.

Family and friends may sign Deb’s online guestbook at www.kirkfuneralhome.com