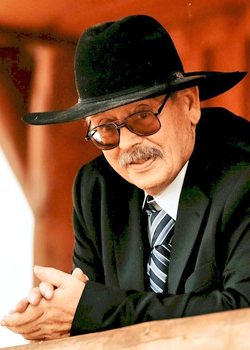 Ace (Alfred C.) Kary was born to William “Bud” and Jean Alice (Sinning) Kary, September 12, 1952, in Valentine Neb. He was the first born of four children. His parents took him everywhere, and as a child he got tough fast. He told the story once or twice that he had to fight the family’s pet raccoon for his pancake. Before the age of one, he was on horseback with his dad, and as he grew up, his dad put him back on every green horse that ever threw him off. He started young and was a fast learner. He knew how to care for and doctor animals big and small. He was a skilled horseman, roper, mechanic, and marksman. Ace once commented to his son that he might as well wait for the coyote to run because it was easier to hit his mark than when the coyote was standing still.

Ace attended two small country schools, Reis School and Prairie View School. He then attended White River High School for his freshman year before going to Todd County High School where he graduated in 1971. Before graduating, he proved his abilities in craftsmanship and made a beautiful cedar chest. Ace was selected to be a part of the Upward Bound Program in High School and attended some college classes during that time. He also started volunteering, right out of high school, as Justice of the Peace. He was a lifelong learner, especially in all things agricultural. He always proclaimed that, “There’s never a dull moment,” and often said, “Keep your head up. Look around. There’s always something new.” He readily adopted new technology: first a bag phone, then a flip phone, and when smartphones came out, he was one of the first in the neighborhood to get one. He could easily use the internet while on a call, which was unheard of for his generation!

Over the years, Ace was a very creative and active businessman. His handshake was always good. Ace loved a good trade where both parties came out ahead, from artwork to ranch equipment, and his specialty, all types of animal deals. He always found something to keep things going. He captured prairie dogs and hauled them many miles to be sold as pets. (This was quite coincidental as his future wife also had a pet prairie dog.) He caught and sold pigeons as well. Every new animal had its own challenges, but Ace raised them all. Each in their own time, the ranch had sheep, goats, hogs, horses, cattle, and buffalo. Primarily, Ace raised beef cattle with his brother Brant. It’s not possible to figure out how many pounds of beef they put on American’s dinner tables, but it’s a lot. He even worked with exotic animals for a short time, and at one point brought a bear to the ranch to train hunting dogs. He raised hunting dogs most of his life. If anyone had a question about a critter or where to find it, Ace could probably answer it.

In 1985 Ace was introduced to a young schoolteacher, when Cindy Brunson invited them both to Sunday dinner. After that night, Ace stated that he knew, she was “the one.” After two years of teaching at the Big White School, Miss Edna Snead accepted a teaching contract in Paradise, Mont. When she went off to Mont., he started writing to her and made her promise to write back. The moment she got a phone, he started calling every day! Finally, seven years after meeting, in August 1992, they were married in Valentine, Neb.

Their first year was spent with Edna finishing out her teaching contract in Mont. and Ace spending lots of hours on the road keeping things running in S.D. and taking care of his bride in Mont. The next year, in ‘93 their first born son, Paul, arrived and shortly after the contract was up, they all moved home to S.D. Their daughter, Rebekkah, was born in ‘95. In ‘98 a new business venture came along, and Ace and Edna became the owners of Norris Standard Gas Station. David, the youngest son, was born that same year. Ace’s wife and children were his joy. He was proud of their capabilities and accomplishments. Ace took care of his family and he took care of his community. He always volunteered where needed in different roles, including Township Supervisor, to help the communities of Norris and Blackpipe townships. He also fixed tires and ran a feed, seed, and mineral business from the station.

Ace’s business card read ‘Fine Old Line of Coyote Hounds’. We just know we will desperately miss this rancher from a fine old line of Cowboys. He never met a stranger, and a few of his famous quotes were “It’s a small world,” and “Strangers are just friends you haven’t met yet.” He always instilled in his children the understanding that having contacts was vital! Ace Kary knew people far and wide. He had countless friends, many of them as close as family. His niece, Emily, said it well; Uncle Ace was one of the toughest and kindest men she had ever met. His Grand-niece, Jaelynn thought Grand-Uncle Ace was one cool person. We can all agree, we are better off because of his humor, interest, and work ethic which rubbed off on all of us. He worked very hard, spent a lot of miles on the road, and his phone was never turned off. Available to all, 24 hours a day, if anyone needed help, he was willing to lend a hand or could find someone close that would help.

He was genuinely interested in others, frequently asking “What do you know?” He had a rare ability to get people smiling and laughing no matter what the situation, even in almost impossible situations like a doctor’s waiting room full of strangers. One nurse commented they spent hours trying to figure out how to make people feel at ease, but when Ace walked in, within minutes the whole room would be chatting and laughing. She wished they could bottle it up for when “the Cowboy” wasn’t there.

Ace Kary knew where his faith in the Lord would take him. A friend shared that in visiting they both knew where they were going. He modeled the way for the next generation by praying frequently for Wisdom, Courage, and Strength in all we do. Having cared for everyone he met as one of God’s shepherds here on earth, Ace, has gone home to greener pastures to be with our Heavenly Shepherd.

He was preceded in death by his parents William “Bud” and Jean Kary; and numerous aunts, uncles, and cousins.

A visitation was held from 4-7 p.m. CST with a prayer service beginning at 7 p.m. CST on Friday, March 12 at the Norris Community Hall.

Cards and memorials can be sent to: 1 Saint Charles Street Rapid City, SD 57701.

A full obituary will follow in next week’s paper.