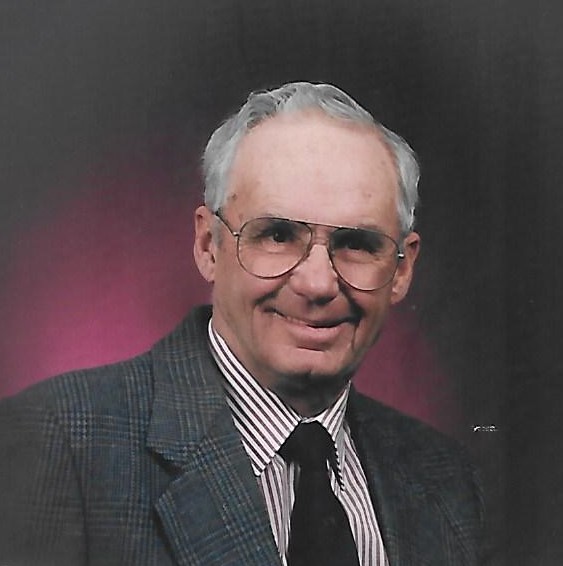 Harvey Arnold Hahn was born April 25, 1932, to Henry and Clara (Link) Hahn, at Kaylor, S.D. The family lived on a farm in the Martin area at that time, but Clara had gone to Kaylor, to her mother’s and Harvey was born there.

Harvey started school in Rapid City where the family lived for a short time. Henry built a sawmill in the 1940’s on the lot where the K-Mart stood. The family returned to Martin again and Harvey went to the country school near Allen. When he was 18, he had Rheumatic Fever and was hospitalized for some time. Harvey started into high school at Bennett County High School, but the family needed him to be home to help with the planting and care for the cattle and hogs. He never had a chance to go back to school. His parents moved to Gordon where they bought a bar and that left Harvey and Artie to manage the farm and planting of the grains. Artie moved with his parents and returned to school in Gordon, Neb.

Harvey married Shirley Anne Rosane on July 14, 1952, at Rapid City, and raised four children, Melvin, Karen, Harvey Lee, and Carol. The couple lived on the family farm and later moved to a small farm seven miles west of Martin until they moved into Martin where Harvey worked at Standard Oil Station, IH Implement, Bennett County Co-op, where he retired from and went to work at Martin Auto Parts II, where he retired again. Dementia had begun and progressed rapidly.

Harvey was a member of the Martin Volunteer Fire Department for several years, also served on the Church Council at Our Redeemer’s Lutheran Church and he served on the City Council board.  Harvey had the misfortune to suffer a stroke which left him in a wheelchair. He had heart surgery in 2000, a valve replacement. He passed away on July 23, 2022, (on his daughter Karen’s birthday), at his home surrounded by family.

He was preceded in death by his parents, Henry and Clara Hahn, his brothers Erwin and Arthur, sister-in-law Joann, sister and brother-in-law Gladys and Henry Beardt, and nephew Johnny Beardt.

Funeral Services will be held Thursday, July 28, 2022, 10:00 a.m. at Our Redeemers Lutheran Church and burial in Martin Community Cemetery. A memorial has been established and donations may be sent to Security First Bank, PO Box 669, Martin, SD 57551. Arrangements by Bennett County Funeral Service.