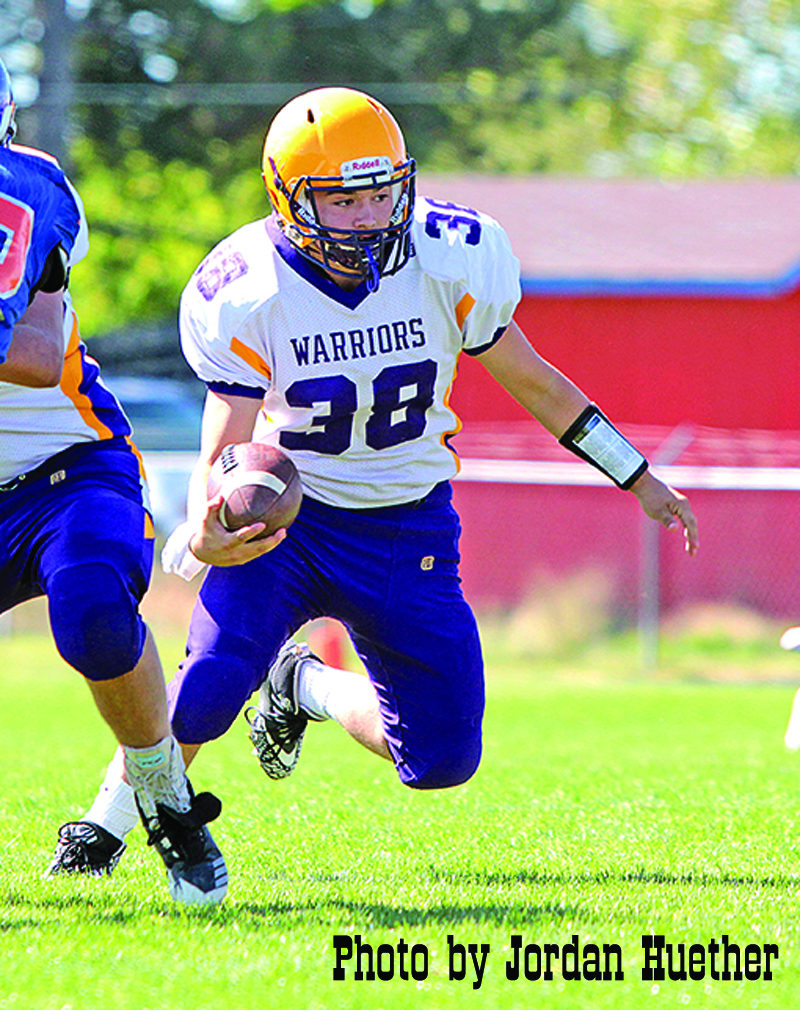 Bennett County traveled to Gordon last Friday, and Saturday, to face the Mustangs in high school football action, falling 12-6 in overtime. Not only did the game go into overtime, but it went to a second day as lightning forced the game to be halted with just over six minutes to go in the first half on Friday night.

On Friday, Warrior Freshman Mason Heath scored on a six yard run with 11:47 to play in the second quarter, putting Bennett County on top 6-0. That would be the only scoring when the lighting showcased its power and halted the game for the night.

On Saturday, the teams picked up where they left off and a Gordon-Rushville score tied the game at 6, sending it to overtime, where the Mustangs would score a touchdown and take the 12-6 win.

“This last week against Gordon-Rushville was a battle,” said head coach Tucker Risse. “Through the lightning delay and having to return Saturday, it was an adversity our kids had to face. Defensively, we were solid. We made some huge stops and forced big turnovers. Coach Barnaud had the guys clicking well. Offensively, we struggled at getting momentum. After watching film, I saw a lot of simple mistakes that our offensive line made, and we shouldn’t be making these mistakes at this point in the season. Little things hurt us in the end. On a different note, Tristin Richards played good for never playing quarterback. He paid attention and Coach Muilenburg did well prepping him for the game. We did what we could and came up short. Close games lost are always the hardest to take.”