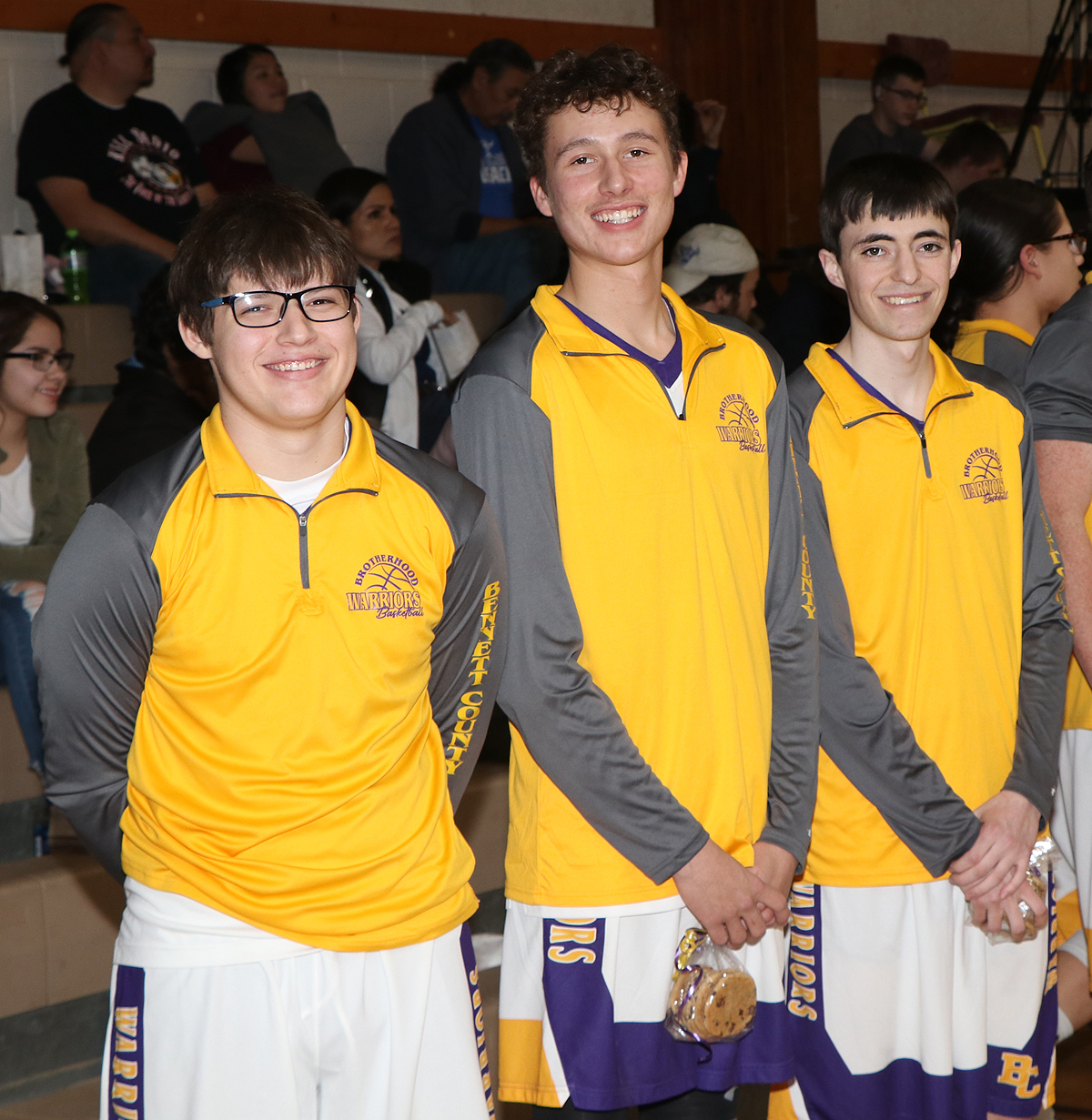 Photo: These seniors had big smiles on their faces as they waited for Parent’s Night to begin last Friday night. The Warriors took on the Red Cloud Crusaders in their last performance at the Old American Legion.

In the last game of double header action on Friday, February 28, the Red Cloud Crusaders beat the home Warriors in a 98-41 win.

The Crusaders shot out to a 12-0 lead before senior Jacoby Heathersaw nailed a three pointer, followed by a Tristin Richards jumper. The five points up by the Warriors didn’t stop the Crusaders though as they quickly turned the score 23-5. Red Cloud’s scoring didn’t slow down and they ended the half 61-24.

In the third quarter the Warriors were out-scored 19-5, pushing the Crusaders to an 80-29 lead. The game finished out at a 98-41 lead for the Crusaders.